Calculus (or tartan) and gingivitis pose a serious threat to the health of our pets. 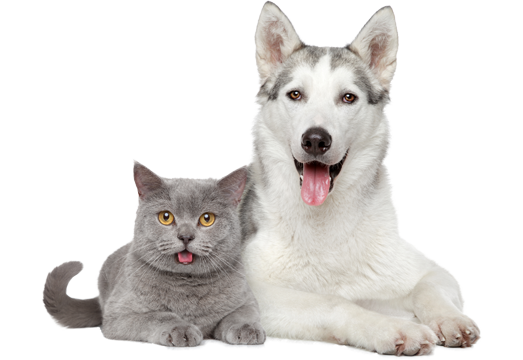 There are many animals with an (unnecessary) short life and experience a lot of discomfort by undetected or poorly treated disease of the teeth.

Many owners think it’s normal for an eight year old poodle to loose his teeth: “He is already old, his teeth begin to fall out!”

The relationship between the animal and it’s owner is quite put to the test by tartar and gingivitis, because of a smelly breath and irritation, to the dog that used to always give ‘kisses’ which now is allowed no more. Dogs say ‘hello’ by sniffing and licking, and if their breath smells, they are blocked in the expression of their normal behaviour. It’s horrible that, at the moment one finally decides to have to do something about it, much damage can not be repaired, and many teeth are lost. In animals in the wild you can’t almost find tartar and gingivitis. Therefore, these defects at dogs’ teeth, should surely be the result of the food that is given by us!

Tartar is produced by mineralisation of plaque. Plaque is a paste-like substance, which is formed continuously on the teeth, and consists of live and dead bacteria, mucosal cells, food etc. Tartar in itself is not a disease, but provides an ideal breeding ground for bacteria, which are responsible for periodontal diseases. Periodontal disease is a disease process that occurs around teeth, which leads to loss of tooth or molar, because the bone, that holds the tooth, is lost. The presence of tartar is merely a symptom of periodontal disease. The disease occurs, because bacteria grow in food and saliva debris below the gum edges (in the sulcus). The body reacts to the bacteria with an invasion of white blood cells, and thus inflammation. As a result, an inflammation develops around the tooth. This inflammation causes the degradation of the bone that holds the tooth in place. With tartar and gingivitis you often hear talk about gums that ‘pull back’. In fact, this happens because the gum is stuck to the underlying bone, which is dissolved during the “war” between the white blood cells and bacteria in the plaque under the gums.

Periodontal disease is a widespread disease; about 85% of adult dogs suffers from it. It is a disease that’s in principle life threatening, and which can be prevented and cured. Because the oral mucosa are highly vascularised, bacteria spread easily throughout the body, where they nestle easily in liver, kidneys, heart valves and joints. In dogs (and also in human!) is non-congenital valvular heart disease almost always the result of inflammation of the gums!

Most people realise the importance of their daily dental care, because the teeth have to last approximately 60 to 80 years. Compare this to a dog that at the age of 8 already lost all his teeth. Possibly you know you’re your own experience, how annoying pain is in the oral cavity, whether by gingivitis or because of an infected molar. Consider an animal that cannot say anything, and sometimes lives for years with this kind of problem. The quality of life of such an animal gets more worse, and every owner has the moral obligation to do something here (or let it done).

In addition to periodontal disease, trauma is a major cause of dental problems. Think of the broken fang of a police dog. Also abscesses over the 4th premolar (the largest tooth) in the upper jaw of dogs, often develop a (barely visible) fracture in this. This tooth is indeed the place where the drain passage of the parotid gland, ends. This saliva contains a lot of lime, and therefore we see the most tartar precisely in this tooth. Gingivitis and/or dental problems are sometimes caused by diseases. Dogs with serious mouth problems should actually be examined for the following diseases: